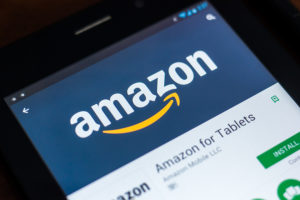 Amazon, Jeff Bazos’ e-commerce, logistics, payment processing, cloud storage, and media empire, is set to take on Google and Facebook by storm in a highly profitable arena – online advertising, rivaling Facebook and Google for a healthy share of the online advertising marketplace.

And Amazon’s aggressive stance translates into the mega-company emerging as up-and-coming competitor to traditional digital ad leaders Google and Facebook.

Analysts discovered that Amazon’s report of “other” income is its business product selling banner, display and keyword ads online. Compared to the same quarter last year, “other” revved up by 130 percent, which translates into $2.3 billion in revenue for the online retailer and cloud storage bank.

Google and Facebook digital ad revenue represent approximately $44 billion worth of ad revenue, half of online ad sales market. And Amazon wants to emulate the high-profit margins that the two leaders realize from online ad revenue. Amazon is ramping up for just that scenario.

However, Amazon may prove to have a distinct advantage due to its massive database of customer buying habits and cycles, which can pinpoint demographics related to an advertiser’s product or service.

Verizon will test whether advertisements for its fiber optic network (Fios) on packages delivered to Amazon consumers result in revenue, according to the New York Times.

By purchasing display ads from Amazon, companies are increasing brand awareness for customers through Google searches, which drive more traffic to advertiser products.

However, some advertisers are buying Amazon ads to counter the company’s foray into self-branded products, which compete with their own, including grocery items from Whole Foods, purchased in August of 2017 by Amazon.

On the flip side, other companies are resisting advertisements on a rival’s platform, fearing giving up their own customer data to a competitor and giving that same competition a slice of its advertising budget.

More than 95 million Amazon Prime subscribers, as of June 2018, up from 85 million in June 2017, at $119 a pop. This represents a huge pool of prospective buyers for advertisers promoting their products.

Large companies, such as Hershey and Unilever, according to the Times, are already advertising on Amazon. Geico plus other mega-communication companies currently buy display ads from Amazon, where a ready pool of shoppers await their messages.

Some political missteps by other online advertisers, such as ad placement next to hate group videos on YouTube, have turned some companies away from traditional digital advertising space, and Amazon is stepping in and ramping up to take advantage.

In addition to its sponsored products, which link to keywords on its Amazon, Zappos and IMDb sites, in the fall, Amazon will sell advertising on the National Football Leagues games during live-streaming to Prime members, according to the Times.

However, Prime users may get less than they bargained for.

Four years ago, gamers were taken by surprise when Amazon acquired the video-game streaming service Twitch and changed its policy to display ads unless customers paid an extra monthly surcharge.

Amazon customers unaccustomed to ads may be confronted by products marketed towards them specifically, based on previous behavior, potentially even for its Prime members. 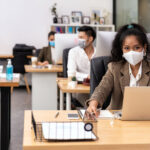 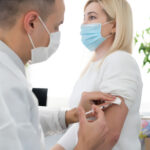 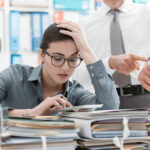